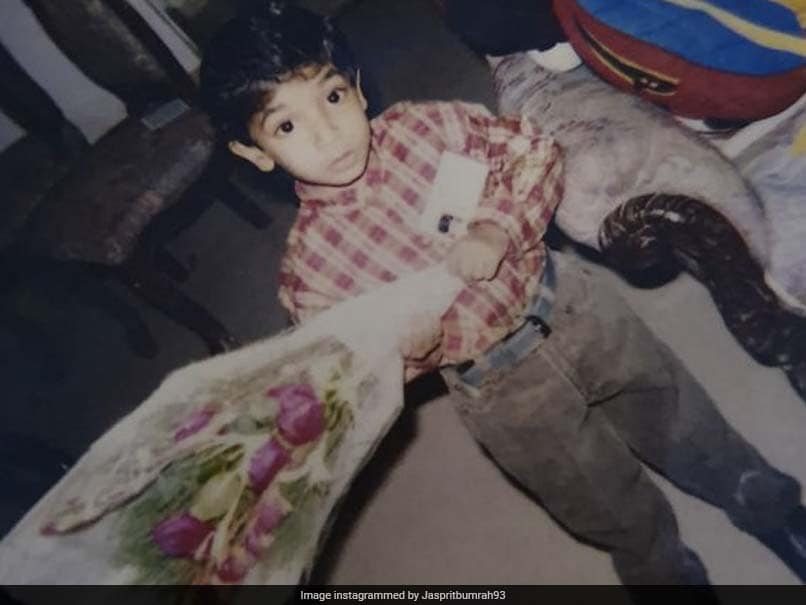 Jasprit Bumrah, the Indian fast bowler, has been sharing pictures on his social media accounts to engage his fans. Bumrah in his latest Twitter post shared a picture of himself from his childhood. In the picture, Bumrah can be seen all dressed up and is holding a bouquet in his hand. He captioned his tweet, “Little moments, big memories”. Bumrah’s nostalgic childhood post might make fans revisit their childhood photos as well. Bumrah is one of the best fast bowlers in the world and is currently ranked second in ICC’s ODI rankings.

A few days back, Jasprit Bumrah had wished his fellow teammate KL Rahul on his birthday. The speedster took to Twitter and wrote, “Happy Birthday kl @klrahul11. Have a great year ahead”.

Jasprit Bumrah has been the Indian team’s backbone in the bowling department. He has been a regular for the country in all three formats of the game. Bumrah made his debut for India in ODI cricket back in 2016 against Australia at the Sydney Cricket Ground. Since then, Bumrah has featured in 64 ODI’s and has scalped 104 wickets with an economy rate of 4.56.

Bumrah, who plays for the Mumbai Indians was slated to participate in the 13th edition of the IPL. However, after the government extended the lockdown in the country, the BCCI postponed the IPL indefinitely.