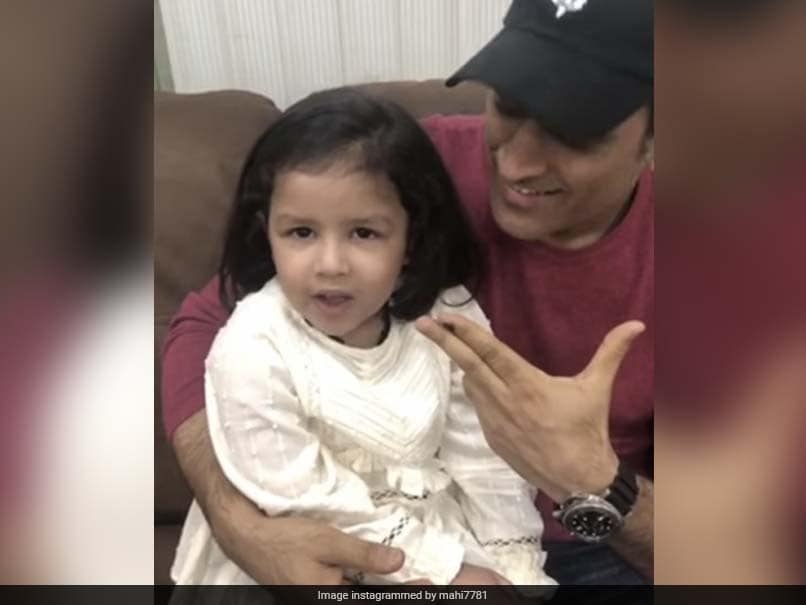 MS Dhoni is spending some quality time with daughter Ziva during the lockdown. © Instagram

MS Dhoni, the former India captain, has been spending time with his family at his farmhouse during the nationwide lockdown. MS Dhoni’s wife Sakshi, who is active on social media, has been sharing fun videos of the Chennai Super Kings captain. MS Dhoni’s IPL team Chennai Super Kings shared a video on their official Twitter handle, where Dhoni can be seen riding one of his bikes in his farmhouse with his daughter Ziva as pillion. Sakshi Dhoni, who captured the video, can be heard saying, “Two kids are playing here, the big kid and the small kid”. CSK’s official Twitter handle in the caption wrote, “Thala Suthifying, literally #WhistlePodu VC: SaakshiSRawat”.

MS Dhoni’s wife has been active on social media and keeps sharing interesting posts for Dhoni fans. Earlier in the month, Sakshi had shared a picture of MS Dhoni in which the former Indian captain can be seen mowing the lawn in his farmhouse at Ranchi.

MS Dhoni has been out of action since the World Cup semi-final loss against New Zealand in 2019. During the match, Dhoni had scored 50 off 77 balls before being run out by Martin Guptill. India lost the semi-final by 18 runs against the Kiwis. Since then, Dhoni has not played any form of competitive cricket.

MS Dhoni had begun his preparations for the 13th edition of the IPL in the month of March. Dhoni was seen practicing at the Chennai Super Kings home ground alongside his team. However, the practice sessions were called off as a safety measure against coronavirus.

With the Indian Premier League being ‘postponed indefinitely’, Dhoni fans will have to wait for some more time before they can see him back in action on the cricket field.