Home Entertainment Pragya Kapoor To Feed 3,400 Families As A Tribute To Sushant Singh... 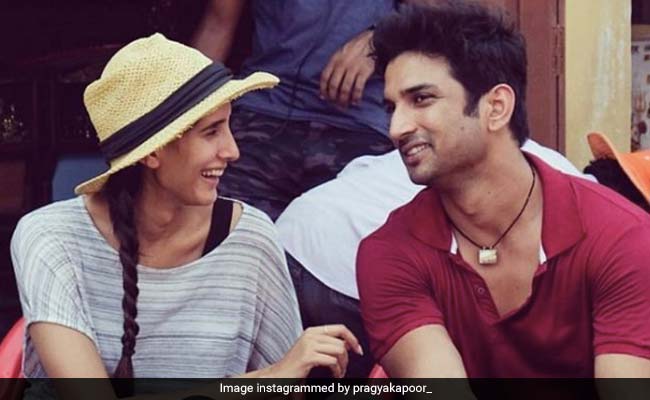 Actress-turned producer Pragya Kapoor, who was a close friend of Sushant Singh Rajput, has pledged to feed 3,400 impoverished families as a tribute to the late actor. Pragya’s filmmaker husband Abhishek Kapoor gave Sushant Singh Rajput his big Bollywood break with the 2013 film Kai Po Che!, which was based on Chetan Bhagat’s novel The 3 Mistakes of My Life and also starred Rajkummar Rao and Amit Sadh. Pragya Kapoor, who runs a foundation named Ek Saath, shared a picture of Mr Rajput along with a note that read, “In loving memory of Sushant Singh Rajput, Ek Saath additionally pledges to feed 3,400 impoverished families for the near future. The lockdown has ended but the loss of jobs and income remains. And thus, we will continue with our efforts.”

Sharing the post on her Instagram profile, Pragya Kapoor wrote: “Honouring his life, we pledge to feed 3,400 impoverished families for the near future.”

Sushant Singh Rajput died by suicide, police say. The actor was 34. On Sunday, the former actress shared a throwback picture with the Detective Byomkesh Bakshy! actor and wrote: “Shocked, angry, devastated, heartbroken. You will always be special, my boy.”

Pragya’s husband Abhishek Kapoor, who also worked with Sushant Singh Rajput in the 2018 film Kedarnath, starring Sara Ali Khan, in his eulogy piece for the late actor, wrote: “I am shocked and deeply saddened by the loss of my friend. We made two very special films together. He was a generous and fabulous actor, who worked very hard to breathe life into his characters. I pray for his family, shoes loss is unmeasurable. He was a huge science buff and what consumed by what lay beyond in the universe. I’m going to miss you brother. Stay interstellar.”

Akshay Kumar to shoot ‘Bell Bottom’ in Scotland, will fly out in private jets – Times of India