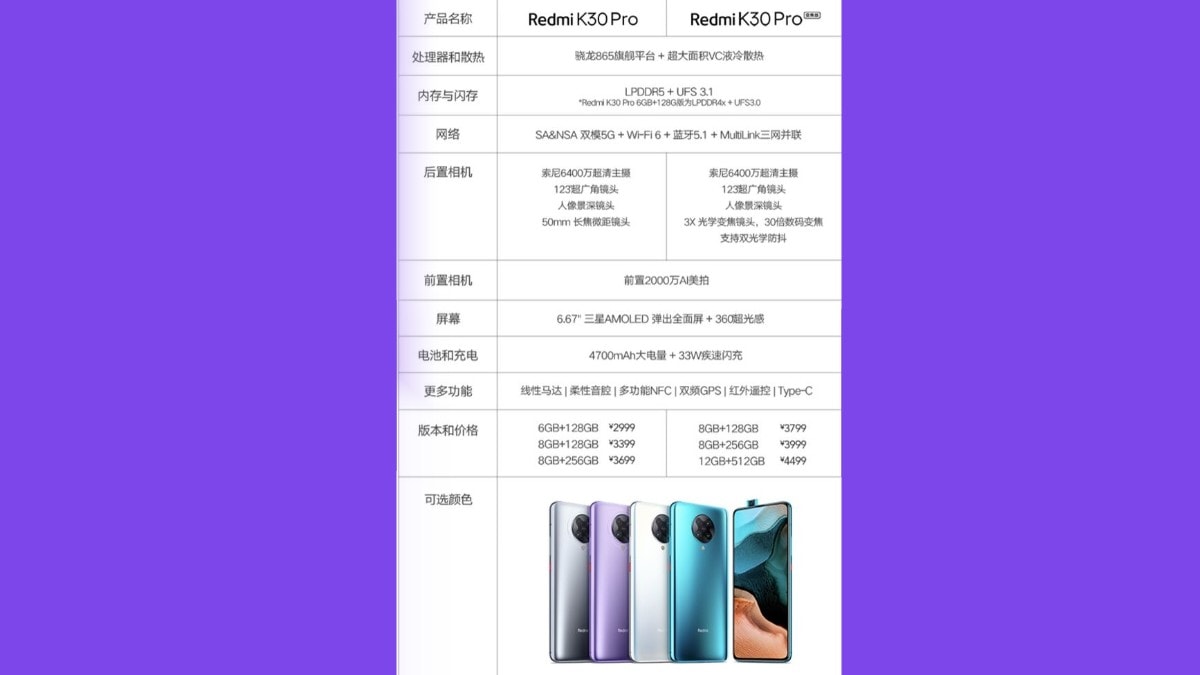 Redmi K30 Pro Zoom Edition 12GB RAM option has been briefly spotted on retail site JD.com, hinting at a probable launch in the future. The phone was launched in China a few days ago, and it was announced to come with up to 8GB RAM and 256GB storage configurations. However, this brief sighting suggests that the phone may arrive in 12GB RAM option as well. The alleged price of this 12GB + 512GB storage model has also been seen in the JD.com listing.

Chinese retail site JD.com listed the Redmi K30 Pro Zoom Edition, but the listing has since been taken down. Folks at GizmoChina was able to take a screenshot before it was removed.

As for the Redmi K30 Pro Zoom Edition camera, it has a 64-megapixel main camera, a 2-megapixel depth sensor, a 13-megapixel wide-angle snapper, and an 8-megapixel telephoto shooter that offers 3X optical zoom and 30X digital zoom. Selfies are handled by a 20-megapixel pop-up front camera.

There is up to 256GB of UFS 3.1 storage on the new phone from Xiaomi’s sub-brand, but it is non-expandable. Connectivity is handled by dual-mode 5G (NSA+SA), Wi-Fi 6, NFC, USB Type-C port, NFC, and a 3.5mm headphone jack. Redmi K30 Pro Zoom Edition come equipped with a 4,700mAh battery with support for 33W fast charging.

Smartphone vs Virus, Is Privacy Always Going to Be the Loser?