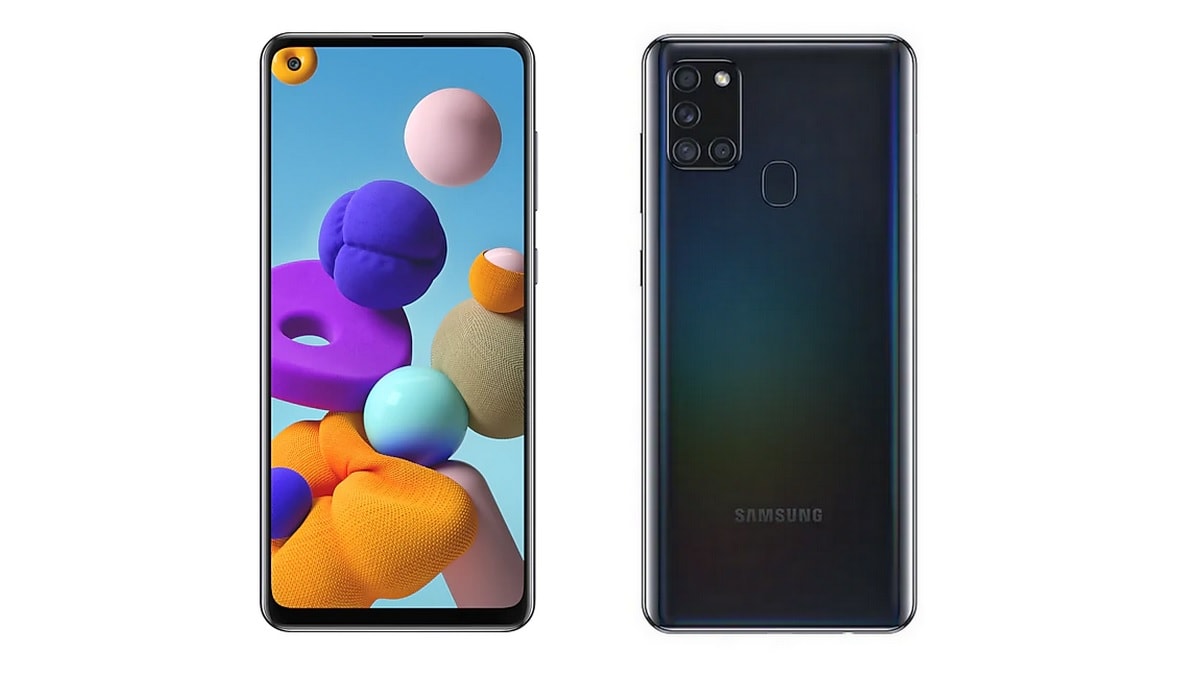 Samsung Galaxy A21s will be making its debut in India today at 12:30pm after being originally unveiled in the UK last month. It is a follow up to the Galaxy A21 that was launched in early April. The Galaxy A21s comes with quad rear cameras and a large 5,000mAh battery. It boasts of an Infinity-O display that places the selfie camera in the top left corner of the screen. The Galaxy A21s is a mid-tier smartphone that packs impressive specifications.

The Samsung Galaxy A21s price in India is currently unknown, but the phone was launched in the UK last month for GBP 179 (roughly Rs. 17,100). This price is for the 3GB RAM and 32GB storage variant. It comes in three colour options namely, Black, Blue, and White.

The price for the Galaxy A21s in India will be revealed today when the phone launches at 12:30pm.

For storage, there is 32GB onboard and it is expandable via microSD card (up to 512GB). The Galaxy A21s is backed by a 5,000mAh battery with 15W fast charging support. Connectivity options include Wi-Fi 802.11 a/b/g/n/ac, Bluetooth v5.0, GPS, 3.5mm headphone jack, and a USB Type-C port for charging. It comes with a rear fingerprint sensor and facial recognition technology. The dimensions of the phone are 75.3 x 163.6 x 8.9mm.

Is OnePlus 8 Pro the perfect premium phone for India? We discussed this on Orbital, our weekly technology podcast, which you can subscribe to via Apple Podcasts or RSS, download the episode, or just hit the play button below.