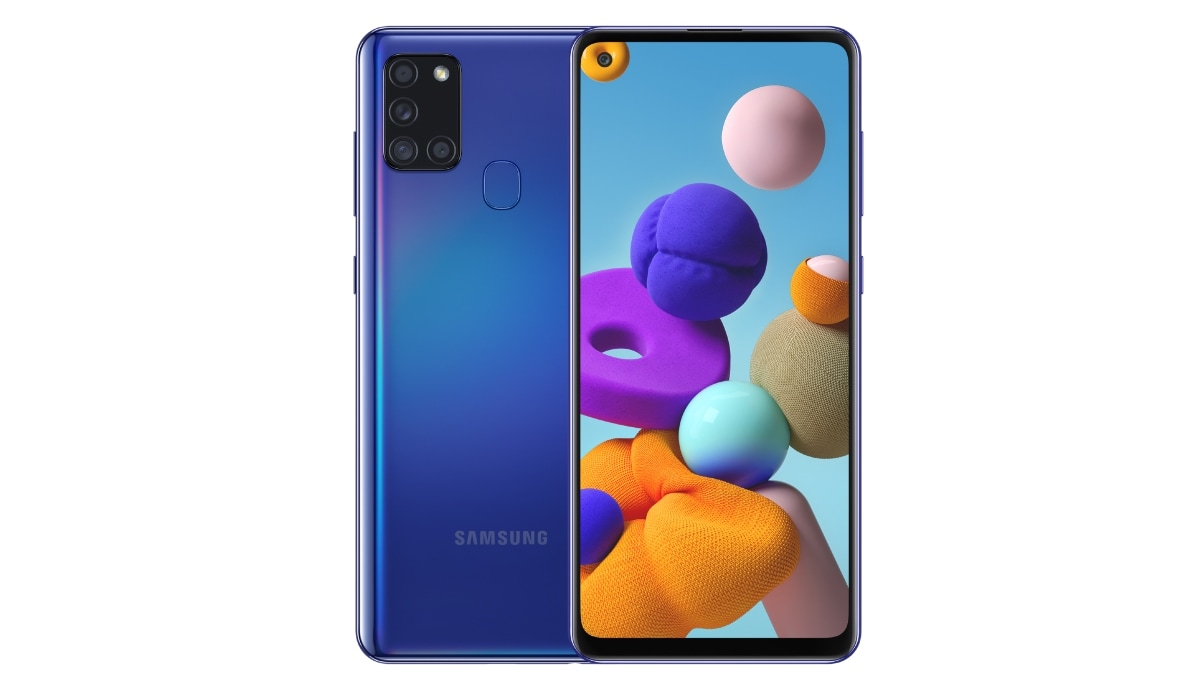 Samsung Galaxy A21s has launched in India as the latest mid-range smartphone offering from the South Korean tech giant. The phone includes specifications like a quad-camera setup at the back with a 48-megapixel main camera and a large 5,000mAh battery. The quad cameras are placed in an L-shaped manner on top left of the back panel. It also has an Infinity-O Display with the cutout placed on the top left corner of the screen. The Samsung Galaxy A21s debuted in the UK in March, and is now finally launching in India a month later.

Samsung Galaxy A21s is priced at Rs. 16499 for the 4GB + 64GB variant and at Rs. 18,499 for the 6GB + 64GB model in India. The phone will be available in Black, Blue, and White colour options. It will go on sale via Flipkart, Samsung.com, other major online retailers, and offline retailers beginning today. To recall, the Samsung Galaxy A21s was launched in the UK last month for GBP 179 (roughly Rs. 16,500). The phone is slated to go on sale in the region on June 19.

Samsung Galaxy A21s runs on the One UI, based on Android 10. It features a 6.5-inch HD+ (720X1,600 pixels) Infinity-O Display with 20:9 aspect ratio. The phone is powered by octa-core Exynos 850 (two quad cores clocked at 2.0GHz each) processor, paired with up to 6GB of RAM and 64GB of inbuilt storage. The storage is expandable using a microSD card up to 512GB.

The phone packs a 5,000mAh battery with 15W fast charging support. The dimensions of the phone are 75.3 x 163.6 x 8.9mm. It comes with a rear fingerprint sensor and facial recognition technology.

Samsung Galaxy J8 Getting Android 10-based One UI 2 Update