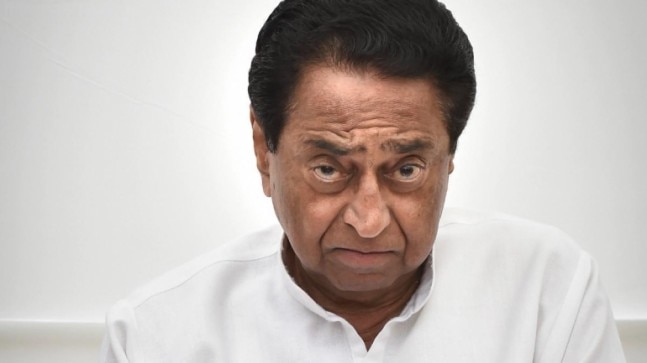 Responding to the media over Jyotiraditya Scindia’s threat to take to the streets if the Madhya Pradesh government fails to fulfil its promise to waive off the farm loans, CM Kamal Nath said “to utar jayein [do it]”.

Acrimony between Jyotiraditya Scindia and Madhya Pradesh Chief Minister Kamal Nath came to the fore yet again with the latter saying that the former was free to take to the streets to force the government to fulfil its farm loan waiver promises.

Responding to the media over Jyotiraditya Scindia’s threat to protest if the state government fails to fulfil its promise to waive off the farm loans, the party had promised in its election manifesto, Kamal Nath said “to utar jayein [do it]”.

Kamal Nath had earlier showed displeasure over Jyotiraditya Scindia’s leadership and targetting him over manifesto promises made to the public.

A day after Scindia warned that “he will become shield and sword of guest teachers” in Madhya Pradesh if their demands were not met, Kamal Nath responded saying: “Manifesto is for five years, right? It is not for five months”.

#WATCH Madhya Pradesh Chief Minister Kamal Nath on being asked about Congress leader Jyotiraditya Scindia’s statement of taking to streets over not fulfilling the state government’s promise of waiving off farmers loan in the state: Toh utar jayein. pic.twitter.com/zg329BJSw0

On Friday, Jyotiraditya Scindia vowed to protest saying “sadak par utarna padega” if the Madhya Pradesh government fails to fulfil the loan waiver promises the party had made in its manifesto before the Assembly polls in the state.

Speaking to news agency ANI, Jyotiraditya Scindia said it was impossible for the Congress party to not fulfil the promises.

“It is impossible that Congress party makes a promise and does not fulfill it. If Congress has promised something then it is very important to fulfill it…nahi to sadak par utarna padega [otherwise we’ll take to the streets]” Jyotiraditya Scindia said.

Jyotiraditya Scindia’s statement came just hours after Congress leader and Madhya Pradesh minister Govind Singh said his party could not waive the farmer loans due to a “difficult situation”.

“Rahul Gandhi had said that after we form the government, we’ll waive off farmer loans up to Rs 2 lakh in 10 days, but we could not,” Govind Singh said, adding, “The opposition says that we betrayed you. I want to say that situation is difficult that’s why there is a delay in waiving off loans.”