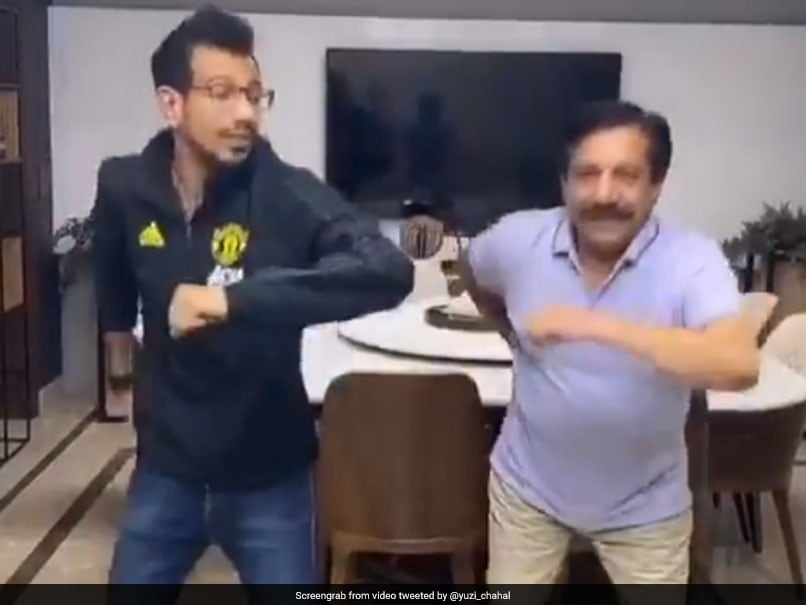 Coronavirus pandemic has put a break on the sporting events around the world. The Indian government has imposed a nationwide complete lockdown for next three weeks and most players are spending quality time with their family members. But leg-spinner Yuzvendra Chahal is utilising his self-quarantine time by making funny TikTok videos for his fans. On Thursday, Chahal tweeted a video which also featured his father. In the 15-second-long video, the father-son duo can be seen performing a basic dance move on a funny dialogue, running in the background. “Chahal “My first TikTok video with dad Dad & Son #Quarantine #staysafe,” Chahal captioned the video. Within no time, his followers flooded the post with hilarious memes.

Here are some of the those gems:

This was not Chahal’s first appearance on the popular social media site. In the past too, he had uploaded such videos on TikTok which became instant hits among his followers.

While India won the T20I series 5-0, becoming the first team in the world to complete a 5-0 whitewash, they lost all three matches in the 50-over format.

Chahal plays along side India skipper Virat Kohli for Royal Challengers Bangalore (RCB) in the Indian Premier League. Apart from international cricket, coronavirus has also impacted the start of the 13th edition of the IPL.

Due to the ongoing crisis, the Board of Control for Cricket in India (BCCI) has postponed the start of the cash-rich league to April 15 from its original scheduled date of March 30.